Once upon a time, in an auction in a livestock barn, I won a vintage Marlboro cigarettes duffel bag. It was full of old skate parts, and so heavy - all of the other bloggers laughed their asses off at me as I struggled to lug this bag of metal several hundred feet in the pissing rain. In the end, I got the last laugh as I flipped every single shred of that gear for a huge profit.

The deal here is that these skateboarding trucks in particular were a really short-lived model that was beloved by a few for its supreme grinding abilities. They were made from 1989-1991, and after some googling around on various forums, early versions had some design flaws that lead to breaking. The "chromoly" metal was just slightly more expensive than aluminum, which ultimately won the day and the trucks were banished to the "awesome idea, too bad it didn't work out” department - kind of like the OK Soda of the skate world. 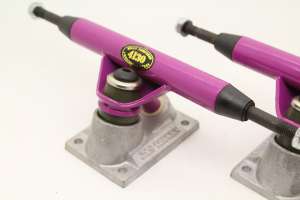 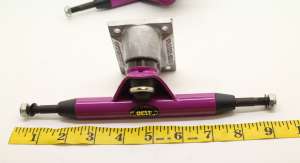 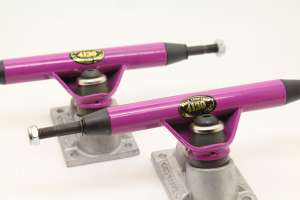 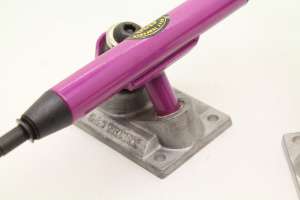 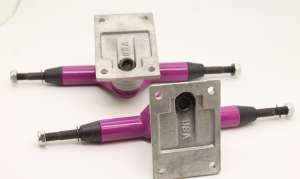 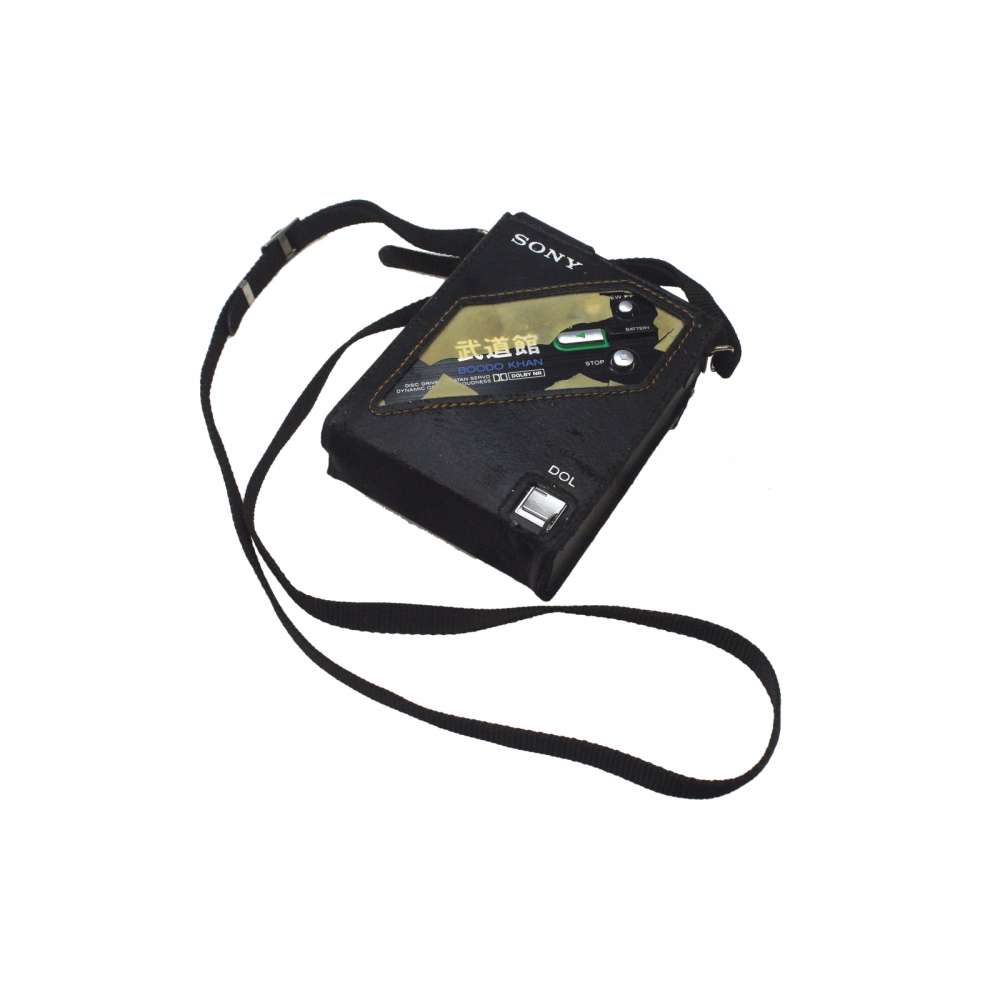 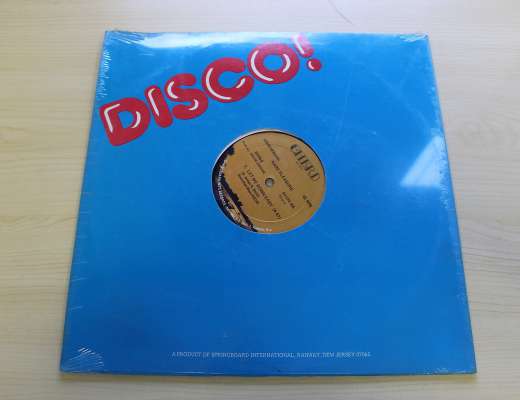